Brought to you by the e-book: Build 100 Worlds 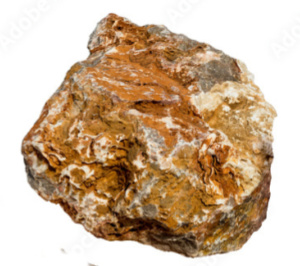 From King Arthur's sword in the enchanted stone to the Sorcerer's Stone in the Harry Potter series -- earth humans have an innate affinity for the stone realm and the metals within it. Stones and metals were on earth before humans arrived, and they continue to arrive from outer worlds via debris from smaller meteorites, as well as up from deeper inner earth regions through volcanoes, the normal slower surfacing of stones, and even new formations of gold veins deposited within rock that weren't previously available close to the surface. All this allows the idea that stones and minerals carry advanced wisdom, messages, powers, and awarenesses in subtle forms that humans seek out and can benefit from.

Ancients and medievals from all continents associated stones with remarkable abilities. Jade was associated with the gods and immortality in some cultures, certain stone axes were believed to have supernatural powers in Polynesian societies, and various other cultures believed stones had powers to do everything from ward off evil to protect from thunderstorms. Gemstones in royal crowns weren't always there just for ornamentation or status. They were believed to act as antennae or doorways to greater sources of hidden invisible information and powers that could be imparted into the wearer, making it quite dangerous for the wrong person with evil intent to get ahold of them. Gold itself, in one old European culture, was used by elite wearers to prevent lower level thoughtforms from entering their minds and influencing their actions, and to maintain connection to higher thoughtforms.

Like a lot of good fantasy, there's even a bit of real world science behind some of their powers. Quartz crystals are used in technology for their amplifying powers, and shungite is believed to carry nanostructures that interact with microbes in a way that disrupts their electrons and causes the microbes to die. Copper, another mineral derived from stone, is a valuable electrical conductor used in many common products. Possibly because of this eternal human attraction towards stones mixed with modern understandings of some of their powers, readers especially enjoy their willing suspension of disbelief when we embellish chosen stones with even greater magical powers than what is witnessed in the mundane world.

So, stones, gemstones and the minerals derived from within them are used often in fantasy fiction. But sometimes even overused or leaned on in a superficial way to bring a shallow, lazy, copycat type of magic to a story. So here are four tips to help the magical stone or stones in your story add depth and uniqueness.

Decide and make clear to readers which of the following is the case of your magic stone:

1.You'll need to know if your stone is something permanently planted in a specific location... most likely too large to move, that must be sought out and traveled to. Or if it is small and lightweight and something that can be carried or worn and transported. Or, it could even be a secret mine or special river where this particular magical stone can be extracted for using its powers. That could make it a combination of being in one specific location that becomes a destination, but parts of it can be extracted into smaller pieces and transported. Another hybrid is a permanent larger stone that must be a destination, but liquid, such as water from a specific creek, can be poured over it to stream into a cup and make a magic elixir that can be drunk or carried in a pouch for use later.

2. Does the type of stone itself simply ordinary stone that has been enchanted in some way? In other words, are all other stones of this type ordinary, but one specific stone of this type has been imbued with magic? Merlin's Stone (or Merlin's Tomb) from the Arthurian legends is simply two large native stones leaning against each other. But they are said to be enchanted by holding the soul of Merlin within them as placed there by the fairy, Vivian. A character or a situation in your story could imbue any ordinary stone with special magic, and your character can enchant only one such stone. This lends itself to having many imposter ordinary stones with no magic that look like it, but that one special one with magic is the challenge to find and protect. Yet another version can be a rather common stone is targeted, and if just one of those stones is enchanted, it will automatically enchant all the others of its kind.

3. Is the type of stone itself carry the magic on its own regardless of what any human or creature does to the stone? By virtue of the type of stone, all stones of its type carry that magic, similar to how diamonds are naturally extremely hard, and no fairy, wizard or witch has to give them that quality. Nor does anyone have to "have enough belief" that diamonds are hard. They're hard whether anyone believes it or not.

We can take cues from today's witchcraft with those who also work with gemstones. In spells using symbols -- or correspondences -- of the witch's intent, it's often their intent that puts the magic into the symbol... whether that be alfalfa leaves to represent prosperity or a crow's feather to represent visitation from the otherworld. Their intent and energy imbues those items with the magic, even though it can be argued that if enough of the collective conscious uses those same items for the same thing, they can have a little more power of their own when used that way by tapping into the collective. But a simple crow feather or leaf of alfalfa on its own doesn't imbue magic on anyone without the intent and focused direction of the spell caster.

Yet with gemstones some argue that they carry an "intent" or essence of their own regardless of whether any human, creature, or even collective energy puts an intention into them. For example, some believe that a grounding stone next to anyone can cause a grounding effect on that person -- even if subtle -- regardless of intent or belief or spell casting or if that person even knows that it's next to him or her. And that enough amethyst stone near anyone can make them a little spacey regardless of anyone's intent or belief. Does your stone itself carry the magic and power on its own without further enchantment or energy gained from the collective conscious? And again there are hybrids of this choice, such as using a quartz crystal known to have amplifying powers on its own, while enchanting that quartz stone in some way to amplify what's desired rather than just randomly amplifying anything.

4. Is it a one of a kind type of stone, gemstone or metal not to be found anywhere else on earth or your story's planet/realm? Or is it found in various places, yet rare? Or, is it quite common, but no one knows the effects it's having on everyone except your character, of course, who will know to avoid it or gather even more of it around him or her.

If it is one of a kind, is it part of the planet's natural making, or is its material magically created by a character in your story?

A hybrid of both naturally sourced yet one of a kind enchanted metal objects can be found in The Master Ring in the Lord of the Rings. It was made as a one-of-a-kind object by a Dark Lord. But he did appear to purposely use the intrinsic power of gold - a rare but naturally occurring material with some powers and desired qualities of its own -- to make this object. It seems the intrinsic powers gold already had on its own were somewhat valuable, but only a fraction of what the Dark Lord would turn the gold into. As described in The History of Middle Earth, "Sauron's power was not (for example) in gold as such, but in a particular form or shape made of a particular portion of total gold. Morgoth's power was disseminated throughout gold, if nowhere absolute (for he did not create gold) it was nowhere absent. (It was this Morgoth-element in matter, indeed, which was a prerequisite for such 'magic' and other evils as Sauron practised with it and upon it"

Finally, be careful of this:  Avoid allowing your magical stone to solve all the problems or create all the problems, and even worse, to replace the character arc. The magical stone is a tool that causes your character(s) to go on a hero's journey. Perhaps the cause is that they need to find the stone, protect the stone, properly utilize or even get rid of the stone... But their ultimate heroism comes from within themselves as they grow through their trials. They don't go through crisis after crisis to simply then be saved by a stone that magically rescues them with no "inner rescuing" of their own selves. The stone may have necessary powers for the rescue, but your hero must strengthen a lost part of him or herself in order to benefit from those powers. He or she has to discover how to find, protect, use, hide, release, get rid of, enchant, steal, extract, or in some way do something your character(s) couldn't or wouldn't do on their own at the beginning of your story, but now have a new inner strength of their own they didn't have before, with the stone being part of their journey that enticed them to find that inner part of themselves. Ultimately, the magical gemstone, stone relic, metal artifact is a secret symbol we read about as something external from our character(s), but actually represents a lost part of themselves.