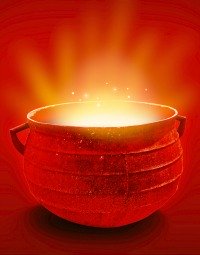 Fantasy writing ideas and inspiration are everywhere -- until you want them. You think of an alien adventure story starter when a falling star arcs through the sky.

Or, you see a community of fairies in your mind’s eye when the crocuses emerge earlier than usual, and happen to encircle a ring of toadstools. But then once with paper and pen in hand, or sitting in front of a keyboard -- the ideas vanish like dragons sprinkled with a wizard’s invisibility dust.

When you want fantasy writing prompts without racking your brain, there are quick one-sentence prompts available in various places online. These writing prompt lists contain suggestions such as “A story of a shoemaker who befriends an elf.”

Or, there is the $3.99 ebook, Build 100 Worlds: 100 fantasy fiction writing ideas, inspirations and story starters (From enchanted lands to lost alternate histories to astounding future realms). Here, you can indulge in more elaborate story starters and templates already written for you. When you read enough of these, it’s as though a magic passageway in the creative brain opens up. Either you embellish one of the chosen fantasy writing ideas in that book with your new flow of fantasy fiction inspiration, or the story starters kick-start the way in your mind to a previously buried fantasy writing idea of your own.

But, you can also use the “branching” technique below to see if any fantasy fiction possibilities emerge for you after doing this technique. Many writers are familiar with it, but here’s an overview for those who aren’t, or for those who want a reminder:

- Get several blank pieces of paper without lines, and an easy-flowing pen.

- Write one word or phrase in the center of one piece of paper. Any word or phrase at all that’s the first to come to your mind. For example, “scales,” or “bread and butter.” If you can’t think of anything, then write “blank” or “panic” or as one stuck man once wrote, “help.”

- Circle that word. (The circling is a valuable gateway to creative access, so be sure to include it in the process.)

-  Write down yet another word/thought that comes to mind that’s triggered by the first word/phrase, and also circle it and connect it to the first circle with a line. For example if you chose “scales,” and then thought of “fish,” another word or phrase triggered by scales might be “salmon” or “lake.”

- Continue this until you have at least 20 circles. You are entering the depths of your brain by doing this.

- Then, close your eyes and drop your pointer finger on the page, open eyes, and write whatever circled word or phrase your finger is closest to in the middle of a second blank sheet of paper. (Unless you land on your first central circle. In that case, choose the circle second closest to where your finger landed.)

- Do the same process for this new central word/phrase.

- Once there are 20 or so on that page. Repeat one more time. At this point, some people now have access to vast arenas of new worlds, characters and plots. Other people just love how the practice feels so much they don’t want to stop, and you can certainly keep going. Some people see it as building new roadways to new ways of thinking and say that more ideas seem to start showing up even later in the day or the next day after practicing.

- Final task: Close eyes and point again, but do it three times. Once on the first page again, once on the second, and once on the third page again. If you land on ones you chose before, choose the next closest one instead.

Look at the three new randomly chosen circled words/phrases, then write a sentence (grammar and spelling aren’t important, nor will anyone ever check it or see it), that describes how the three could be connected. For example, if you landed on the word “silver” and on the phrase, “birthday cake,” and on “excited,” One person might write: “I used to get so excited about those little silver round candies my mom put on my birthday cake,” While another might write, “Silver-haired people aren’t usually as excited about birthday cakes as children are.” 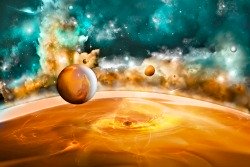 Out in the real world, fantasy writing ideas can sometimes be sparked when taking walks and noticing how woodlands and crevices and the spaces between boulders could be hiding places for fantasy fiction creatures.

Creative fantasy writing prompts can also be triggered when trying to solve actual mild problems. What form of magic, sci-fi technology, or friendly wizard could appear to make it all better?

Ideas for creative fantasy worlds, or for writing fantasy fiction novels including alternate histories can even be found when reading scientific magazines. Go to your public library and look through the latest editions, noting how new life forms on earth have been recently found, and what new discoveries out in the distant galaxy have just been reported.