Some of the information gathered regarding these gardens, crops and pastures added to longer feature articles published elsewhere, but it's fun for me to collect and show just snippets here of various food gardens and farming activities. 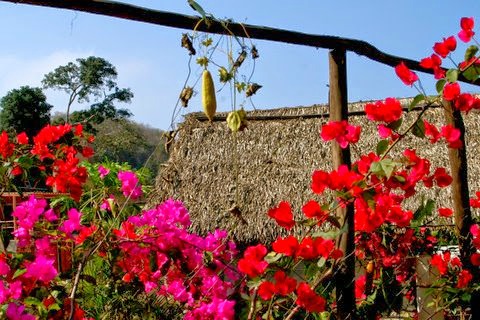 MEXICO: We found this ancient palapa, a traditional open-sided shelter roofed with branches or palm leaves, in an area of Mexico not as developed for tourists as other seaside villages. Squashes and gourds grew well naturally trellised along the fence. 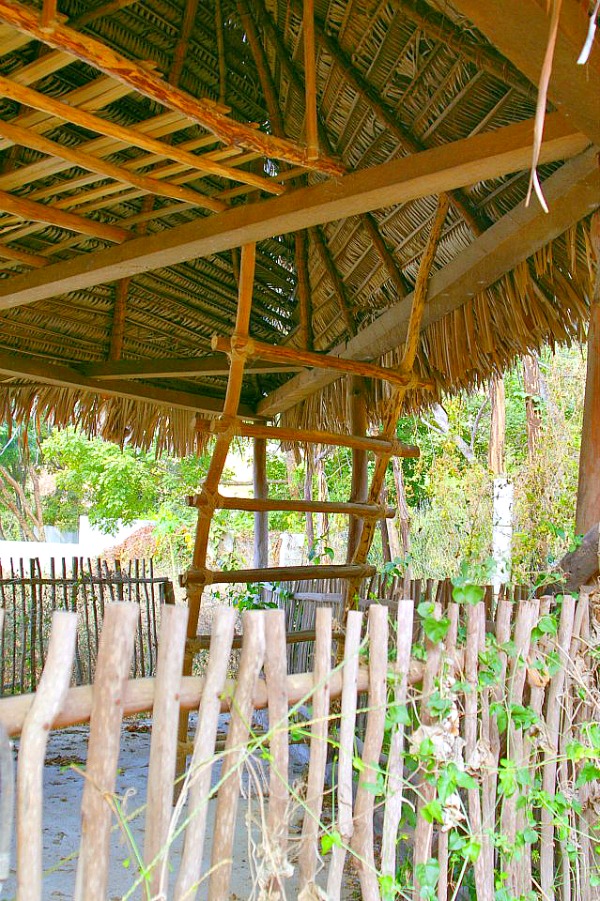 MEXICO: The inside, including the rafters, had been a great place to dry traditional food crops. 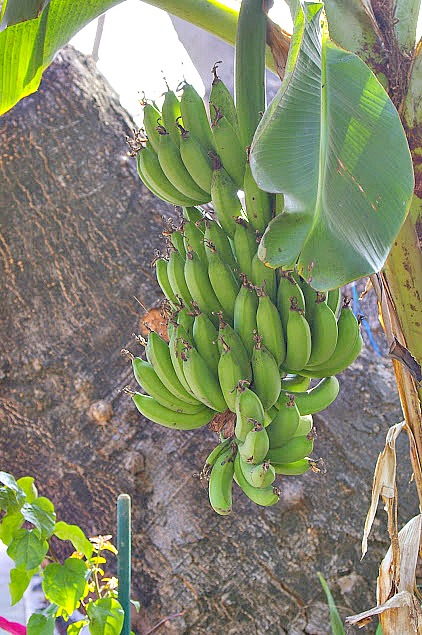 MEXICO: I loved seeing bananas here and there growing in diverse surroundings, instead of from monocropped chemical-laden plantations. The demand for "eco-bananas" is reportedly growing, and some banana growers from Australia to India and also Mexico are nurturing regenerative biodiversity within their banana crops. 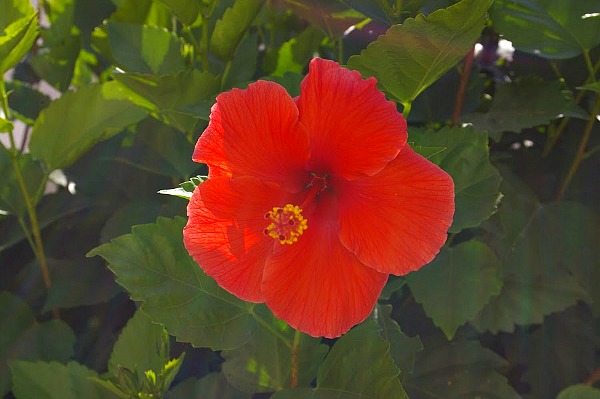 CANADA: In the photo below, this tiny herb and ornamental courtyard garden in eastern Canada could produce more food if its owners ever choose to go that route. Notice the potential for climbing beans and other vining crops along the wall where the ornamental vine now grows. 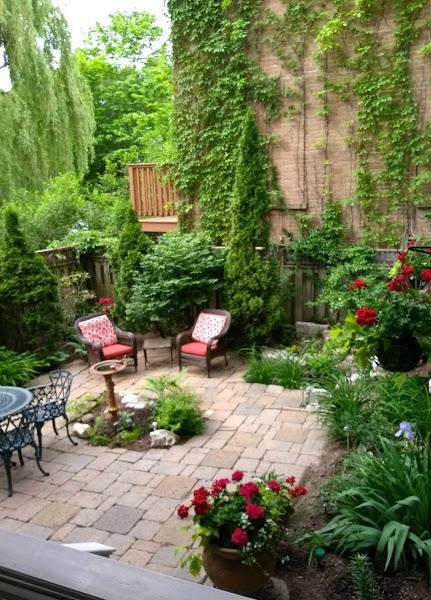 SOUTH AFRICA: During a second trip to South Africa.... 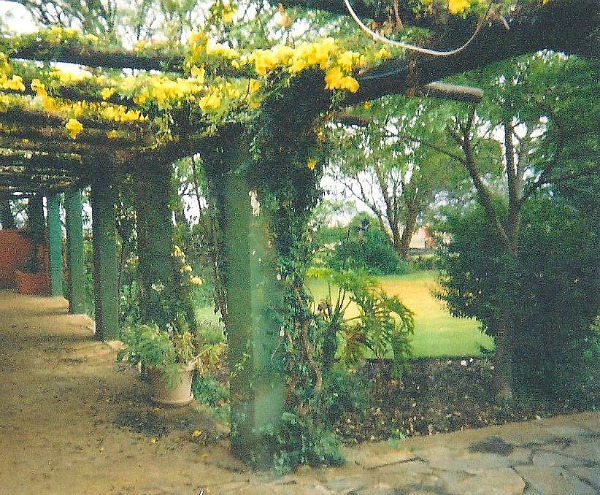 SOUTH AFRICA: South Africa has very diverse climates. This area in the photos above and below is near the township of Soweto. The climate is subtropical with no malaria (or at least not during the time we were there). I admired the variety of plant growing methods in this place. Plants growing up and across trellises, in pots, and directly in growing beds. 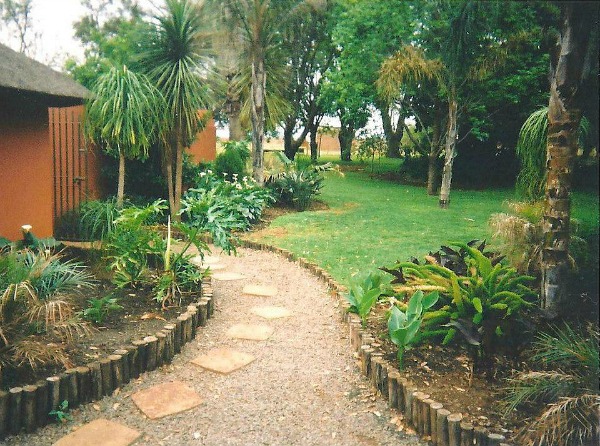 SOUTH AFRICA: On to a new location further south in the photos below. I got my first glance of the poverty stricken "shanty townships" as we drove past, built from garbage and various recycled leftovers. No running water or electricity. We got to know a kind lady who worked to make the lives of these people better, and eventually started supplying open pollinated vegetable seeds to her African non-profit, Shaster Foundation, that worked in one of the townships to set up food gardens in raised beds. 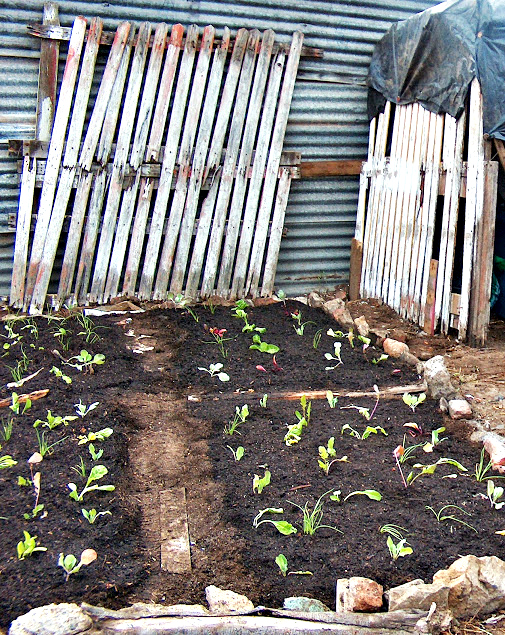 SOUTH AFRICA: Above, a new garden is planted. The raised beds look like they're surrounded by large stones, but that is actually -- as they call it -- rubbish. Two photos below, a woman and young boy stand proudly in a lush food gardens where there once was desolation. 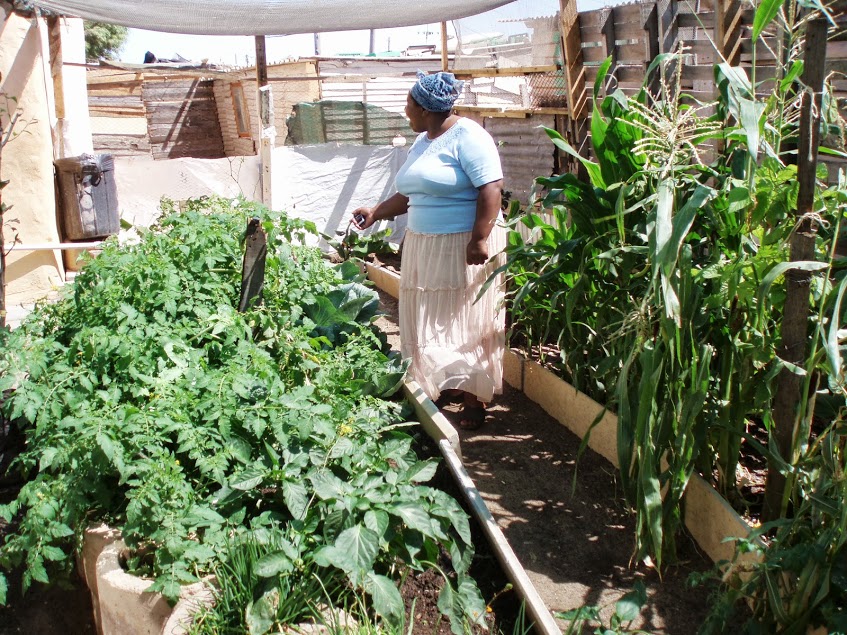 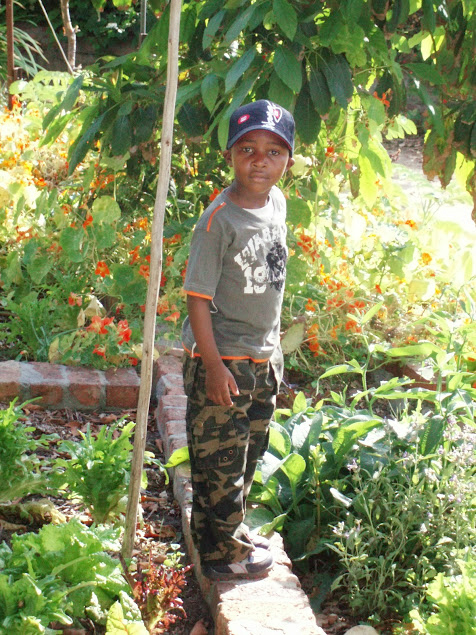 SWITZERLAND, ALPS: I was on the look-out for the "traditional Swiss cow culture" during a second pass-through of Switzerland. Their old time dairy grazing methods have some components that may be applicable to 21st century regenerative dairying in other continents, including North America. Not only the grass-feeding, but the biodiversity of the meadows where they eat have adapted to natural micro climates and therefore change the flavor of the cheeses depending on where the cows grazed. And that's quite a demonstration of local food variation! 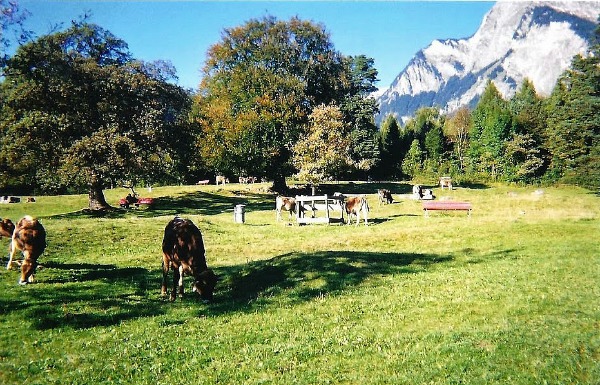 SWITZERLAND, ALPS: Trees in the pasture in the photo above and below,  help add biodiversity to the pasture these cattle were grazing in up in the Swiss Alps. Cattle are native to Europe unlike North American where they never made it over the land bridge like their other Bovina cousins, the bison, did. So, when it comes to grazing cattle in wild places in North America, we need to look closely at not displacing the native herbivores and other wild animals whose land they're entering. 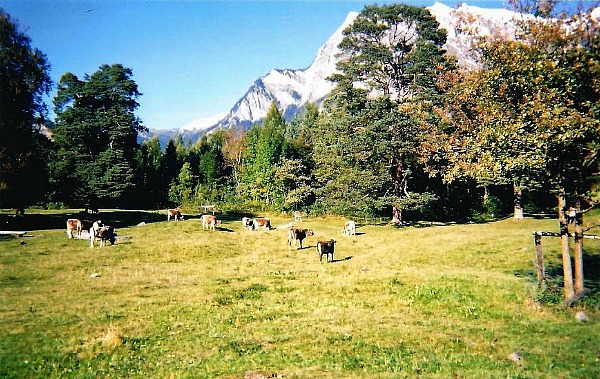 SWITZERLAND, ZURICH: Though Zurich is far removed from its rural Alps, this tiny food and ornamental garden in the photo below is tucked into an urban Zurich setting. 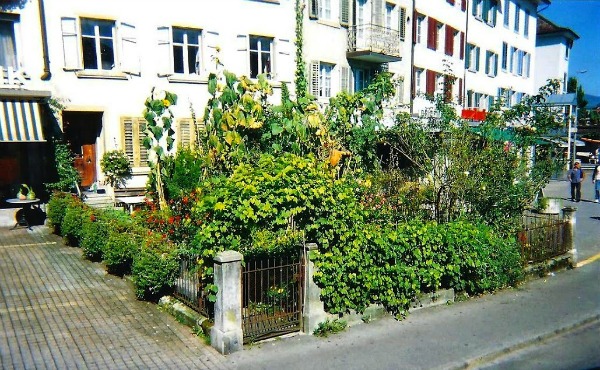