American Indians (as these folks prefer to be called instead of Native Americans) of the Puget Sound area in the Pacific Northwest had so many wild food sources from the vast forests, seashores and the sea itself, that they didn’t need to develop much agriculture as compared to those of other North American locations. 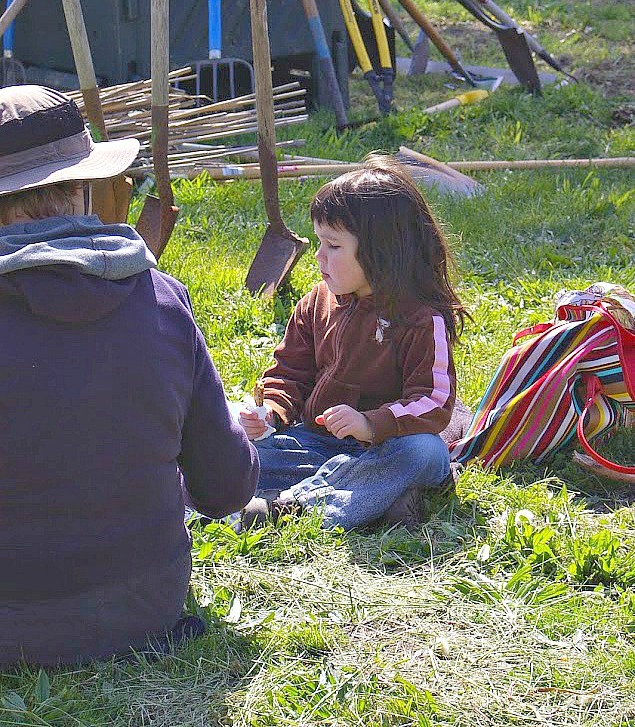 However, along with the forests, there were some natural sunny prairies and meadows where wild camas grew. The edible camas species, such as the blue camas, provided an onion-like tuber. Not tasty nor easily digestible raw, they would bake them in earthen ovens until the indigestible parts turned to fructose, and the resulting baked vegetable was not only relished, but was a very important food staple. However, they also often grew amidst death camas, which have been know to kill full grown cattle when grazed on. It can be hard to distinguish the blue and death camas tubers, but their flowers are different.

So, women would weed the prairies and meadows of death camas while they were in bloom and they could tell them apart. Then later in the season when the flowers were gone and the tubers were at their best, they could be assured they were gathering the safe tubors. In that sense, they were weeding as we do in agriculture. Also, to keep wild bushes and larger forest plants from encroaching, they would manage prescribed fires in the fields to burn away unwanted plants and maintain conditions the camas loved. A way of clearing wild ground for a chosen food crop as is done in agriculture -- although far, far more in tune with nature than what much of agriculture has devolved into. 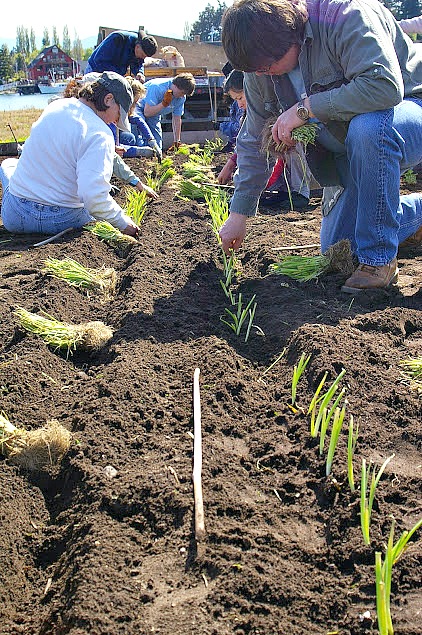 Today, some of the Samish Nation people living on Fidalgo Island in Washington State have leap-frogged destructive agriculture that came after beautiful camas fields were plowed, and now embrace raised bed gardening as a way to sustainably produce plant food. 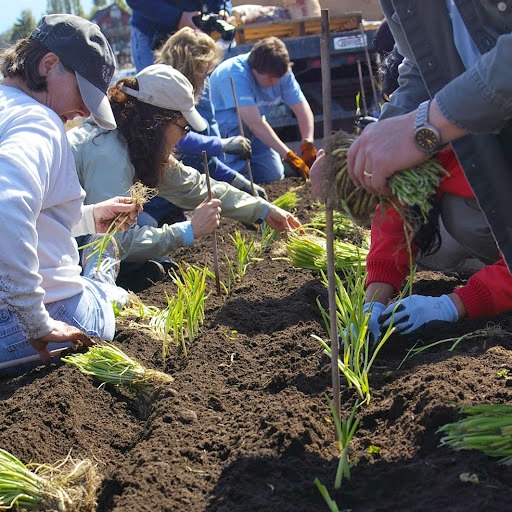 On Earth Day, they invited people outside their tribe to join their people for a work party, dance, storytelling, and a celebration feast. The work parties included restoring native shoreline plants, and building and planting this raised bed garden. We planted alliums and other veggie starts. 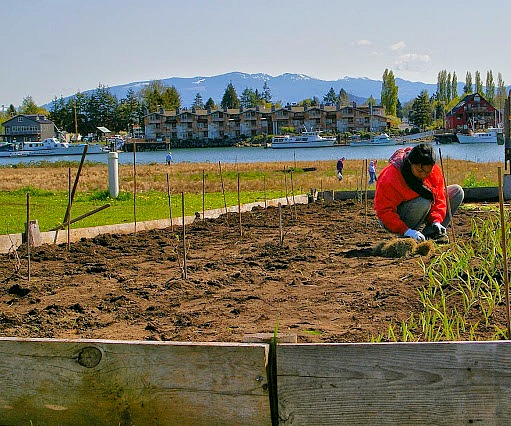 Raised bed food garden in foreground showing recently planted wide rows of alliums. In background, people are planting native plants along the shore. This land is on an island. Across the water is the mainland of Washington State and a fishing & tourist village. That land is also owned by and leased out (never sold) by this same American Indian tribe.

We finished with a ceremony inside their longhouse. The lead storyteller, shown in the photo below, acknowledged those of European descent in the audience, saying that they honor our ancestors also, we’re their brothers and sisters, and that all ethnicities have histories of suffering at the hands of others. It made my heart open right up. 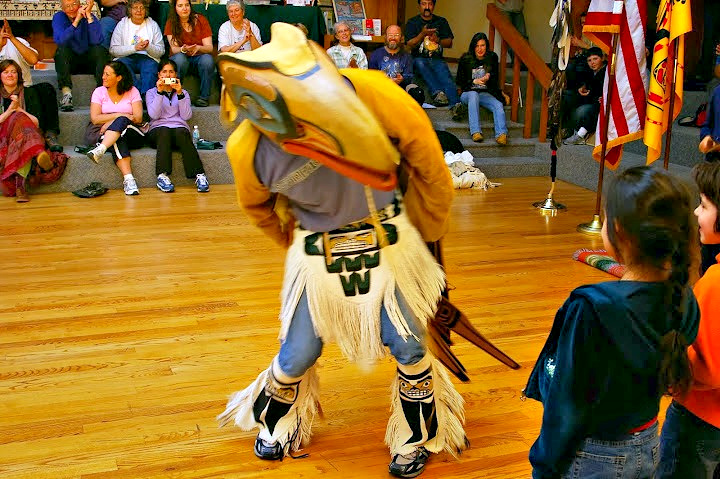 I was told for various reasons this gathering is at least temporarily on hold. But it was great to be part of the leadership of American Indians. 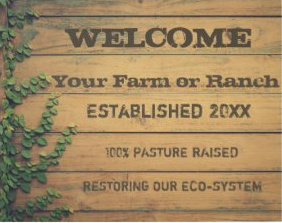 Customizable sustainably created wood farm business wall sign. Eco-friendly inks on birch wood & a tree planted for each print made. For indoor use. Made by a happy USA company.