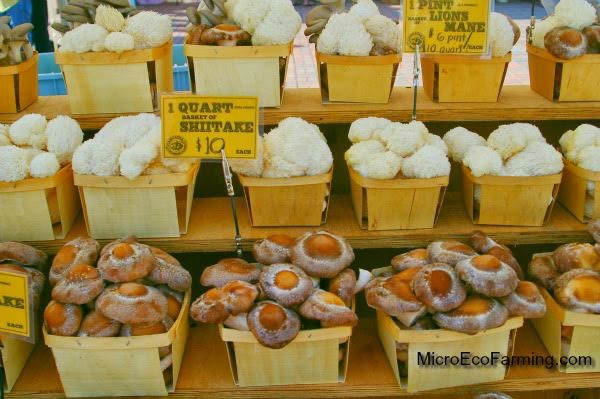 Culinary mushrooms can be an enjoyable complement to growing one’s own herbs, vegetables and fruits. Some thrive under shade, such as beneath fruit trees or within woodlands, where they won’t compete with other sun-loving crops for space. Even the resulting mushroom compost provides a valuable soil amendment for other garden crops.

Alex Winstead of northwest Washington State started growing gourmet and medicinal mushrooms in the basement and garage of his suburban rental several years ago. Now in its new location in Bellingham, Washington, his Cascadia Mushroom farm grows and provides organic mushrooms and mushroom growing supplies and workshops for other gardeners interested in adding mushrooms to their heirloom gardening projects. Below he shares some of his expertise on cinnamon caps, lion's mane, oyster and shiitake mushrooms. 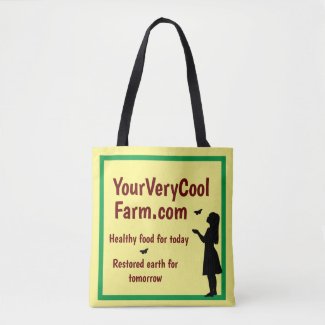 Growing mushrooms in the home garden or homestead

Mushrooms have been harvested from the wild most likely since prehistory. Their job in nature is breaking down dense dead and decaying matter (such as dead wood) into soil. This is why some mushrooms, like the shiitake, are grown by gardeners or farmers either on hardwood logs or sawdust, which mimic their natural growing medium. Mushroom growers do need access to logs or sawdust appropriate for each culinary mushroom cultivation.

Here is an overview of the main mushrooms grown by Cascadian Farm which other gardeners may be interested in producing.

Alex said that the cinnamon cap mushroom is a beautiful mushroom to grow and can produce a variety of colors, from firey orange to yellow to brown. “They don't taste like cinnamon,” he said, “but rather have a strong earthy flavor and a slight crunchy texture that makes them appealing in soups and sauces where their flavor and texture isn't lost in a complex meal.

“The downfall for a grower of cinnamon caps is the amount of time it takes for them to grow. From start to finish, a crop of cinnamon cap takes almost four months. Compare that to about three months for shiitake and only six weeks for some oyster mushrooms. They thrive in similar conditions as shiitake and grow on the same growing medium, but instead of turning their substrate (growing medium) brown as it is decomposed, the sawdust media takes on a beige to orange hue much like the mushrooms that grow from it.”

Some culinary mushrooms can be a valuable garden crop for those who want non-animal foods that satisfy them the way meat does. Cascadian Farm also grows lion's mane mushrooms, another very beautiful mushroom that may satisfy certain tastes for meat. As Alex describes, “They appear as the embodiment of Nature's elegance. Cascading white spines adorn their undersides in a perfectly spaced arrangement. This soft field of fungal stalagmites is where spores are born and released for reproduction.”

“The flavor,” Alex continued, “is reminiscent of crab or lobster and has a stringy, meaty texture that many people mistake for actual meat when cooked properly. Lion's mane grows on a slightly less nutritious growing medium than shiitake and thrives in cooler temperatures where a constant level of humidity (above 90%) can be maintained day in and day out.”

The oyster mushrooms may be a perfect choice for the gardener trying out mushrooms for the first time. As Alex describes them, they are the workhorses of the culinary mushroom world. “Growing them is like growing kale or radishes,” he said. “They are quick to produce, tolerant to many environments and different growing media, thrive in the face of "weedy" molds and other fungi, and are great for beginning growers just getting their toes wet.

“The traits that make them ideal for cultivation also make them a candidate for environmental remediation. As aggressive decomposers of organic matter, they can also decompose certain toxins like petroleum pollutants and other chemical-based compounds. Oysters also thrive with less nutrition than shiitake and can be grown on almost any plant-based material from sawdust or straw (most common) to paper, coffee grounds, or corn cobs. This mushroom and its relatives (that range in colors from white, to grey, brown, blue, yellow, and pink) can be found on every continent except Antarctica.”

“Shiitake is such a great mushroom to grow and eat for many reasons,” said Alex, who explained they like to grow between 55 and 75 degrees Fahrenheit. “They have an excellent shelf life,” he continued. “Fresh shiitake can be cooked and eaten with a freshly harvested flavor up to 7 or 10 days after picking, dried shiitake can last for two or more years in a sealed container. Of all the specialty mushroom varieties, shiitake is the most recognized and popular in the American diet, compare this to diets of some European or Asian countries where more than 10 varieties are eaten regularly, both wild and cultivated species.

“I have fully fallen in love with Shiitake, it is both a pleasure to grow with a fascinating life cycle, and it is my favorite mushroom to eat day-to-day. Shiitake is one of the most used and studied of the medicinal mushrooms. Its history dates back thousands of years and research continues today on the beneficial effects of Shiitake in combating cancer and viruses as well as being an excellent source of vitamin D, beta glucans, healthy protein and amino acids. It's a super food!”

Shiitake mushrooms can be grown by either inoculating hardwood logs with spawn, or by mixing spawn with sawdust and sometimes additional dry ingredients.

“We grow almost all of our mushrooms on alder sawdust that is supplemented with bran and rye,” Alex said. “Most people who assert that log-grown mushrooms are superior are usually folks who grow shiitake on logs and vice versa with those who grow on sawdust.

“In my experience it's not the log itself that grows a different mushroom but whether they are grown outdoors or indoors, the climate and temperature at the time of growth, and the shiitake strain being cultivated. If you take one of our shiitake sawdust blocks and grow it outdoors it will be almost identical to those grown on logs. Conversely if a log is grown indoors under controlled conditions the opposite will be true and the mushroom will resemble a typical sawdust-grown shiitake.

“The log-grown part of our operation has mostly been for research up to this point, so it is not very extensive, but we are adding to the number of logs we have in seasonal production over the next few years.”

Those who do prefer to grow shiitake on logs outdoors rather than with sawdust need an outdoor area for laying the inoculated logs while waiting for the mushrooms to colonize the log, then eventually “fruit.”

“Outdoor-grown logs like shade,” Alex said. “In our area this is not a very hard thing to find. We grow ours in stacks in a grove of cottonwood trees. The trees provide a nice shady canopy during the summer when its most crucial and during the winter months, rain is able to fall unhindered on the logs because the leaves have fallen. During dry summers we cover our stacks in 60% shade cloth and I'll turn a sprinkler on them once a week for a couple hours when it's not raining. Summer is also when most of the logs are in their fruiting cycle, so we submerge them in water for 24 hours about once a month to stimulate mushroom growth. There are many options for growing areas outdoors: pine/fir forest, shade structure, shaded greenhouse with irrigation, barn or out-building with some kind of misting system. Almost any basic structure can be adapted for growing shiitake.”

Alex sells his crops to a variety of customers. Many types of health conscious people, foodies in general, and Slow Food enthusiasts would, no doubt, be eager for shiitake mushrooms. While shiitake mushrooms are valuable garden crops, here are three other varieties Cascadian Farm produces which other growers may want to consider.

Organic certification is valuable mostly for mushroom growers who may want to start selling their mushrooms. “I followed organic growing practices from the beginning of my business,” said Alex, who has certified his farm and sells mushrooms to restaurants, at local farmers’ markets, and other outlets. “It’s an important commitment for me and it is important to my customers. I want them to know that our growing process and the ingredients we use to cultivate our mushrooms are having the least negative impact on the environment possible. Even if you aren't the one physically adding pesticides and herbicides to the environment, if you buy products that use those chemicals you are essentially paying someone else to do that in your name. I can't in good conscience contribute to the continued pollution of our land and waterways, nor do I want to pass that on to the folks who support me.”

Aspiring mushroom growers may want to attend a local mushroom growing workshop to get an idea of all that’s involved in the process of inoculating their growing medium, tending and harvesting their mushrooms. There are many growers across the country who offer educational resources, including Cascadia Mushrooms. New growers can also start with a purchased pre-inoculated log or sawdust block that should come with growing instructions. This will help them decide if mushroom growing is something they really want to take part in before investing further in learning to inoculate the medium themselves. Perhaps mushrooms will become an ongoing partnership to the gardener’s heirloom plant crops, or, as with Alex, growers may find themselves so in love with mushroom growing, their cultivation becomes a far more major gardening project.